After 14 years, the remote shift cable broke.  Fortunately, it happened when I shifted into reverse at our dock.  Here’s how to replace the cables.

After removing the cowling, start by pulling up the rubber seal: 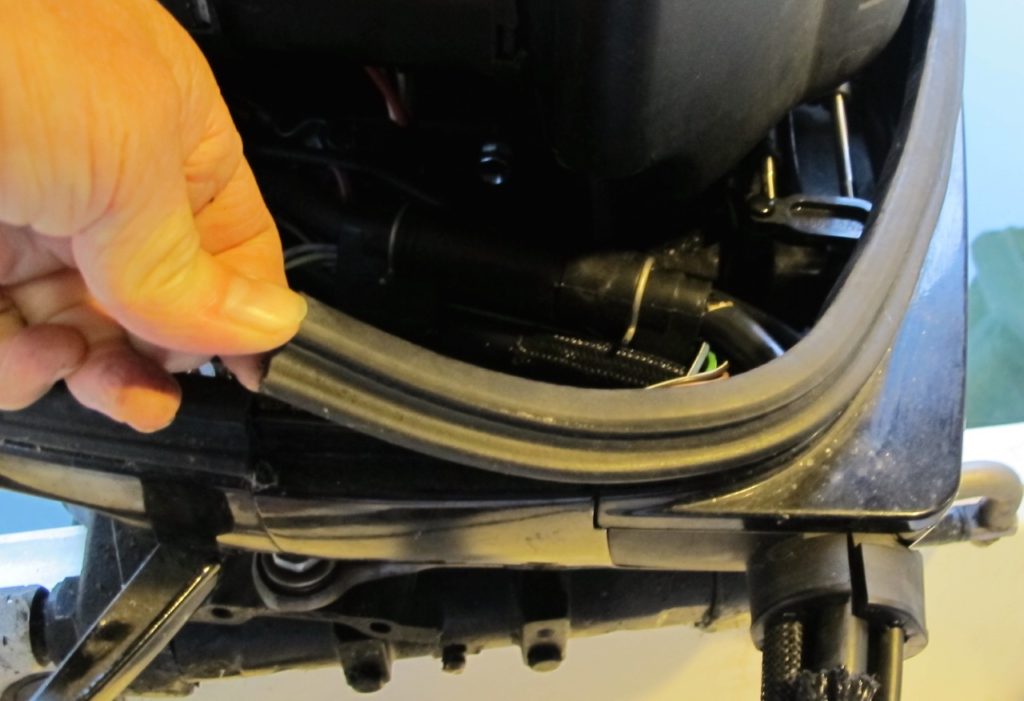 This will expose two 8m bolts that hold in the side access panel: 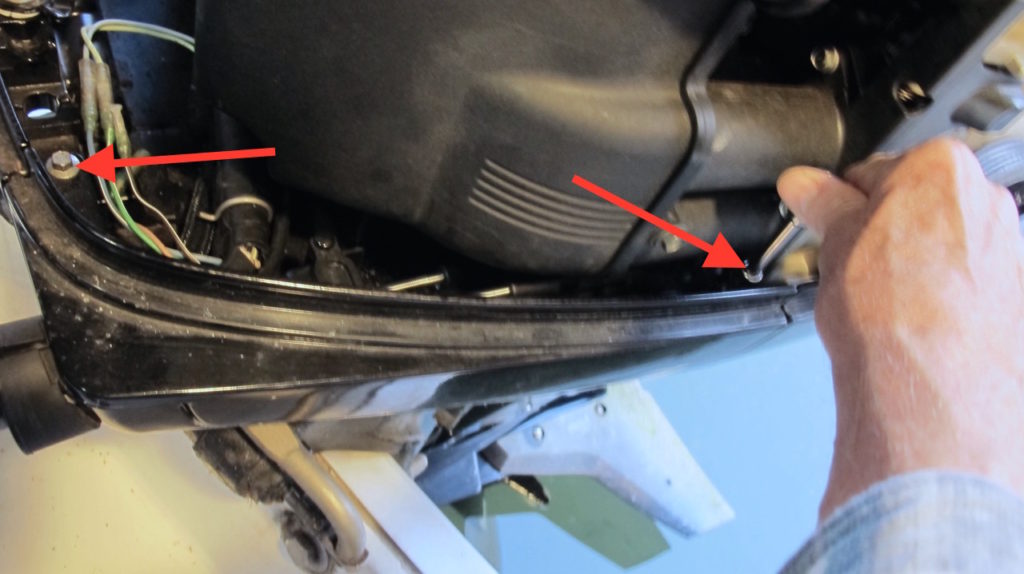 After removing the panel, the remote cables are easily accessible. The throttle cable is on top and the shift cable is on the bottom: 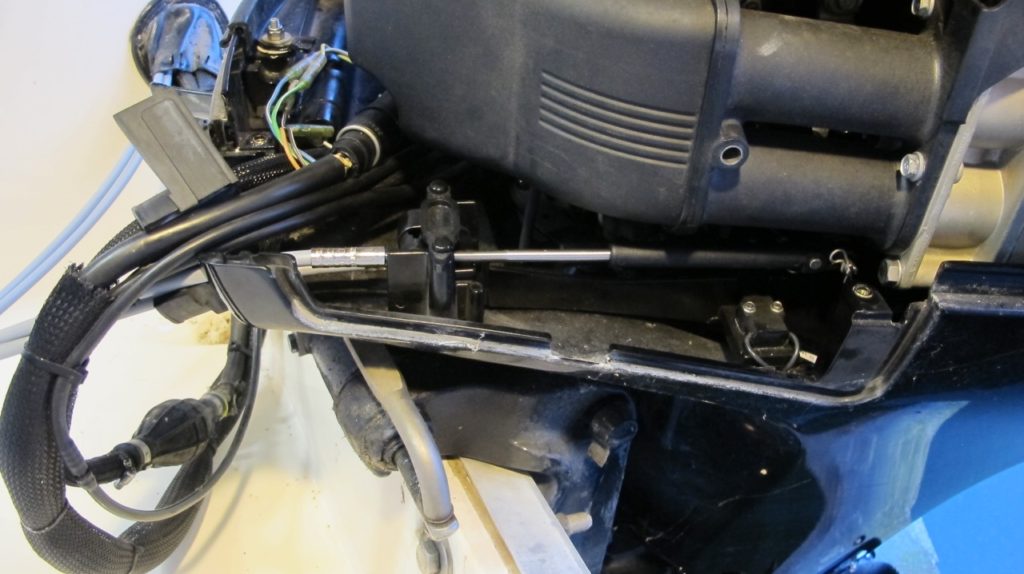 Turn the latch which holds in the adjustment barrels: 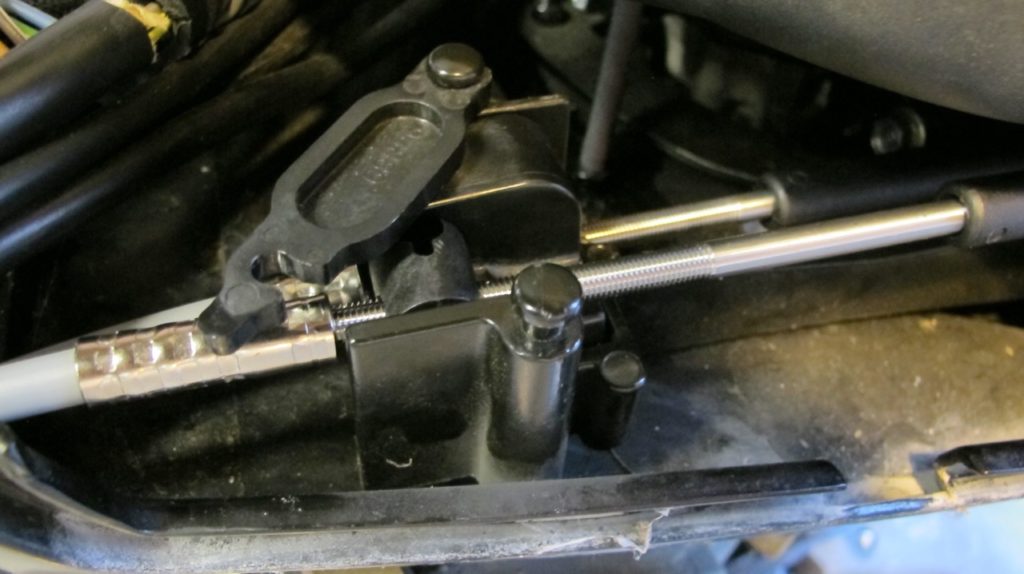 and remove the plastic cup barrel which holds the two shift cable barrels in place:

Remove the “R” pin from the throttle cable: 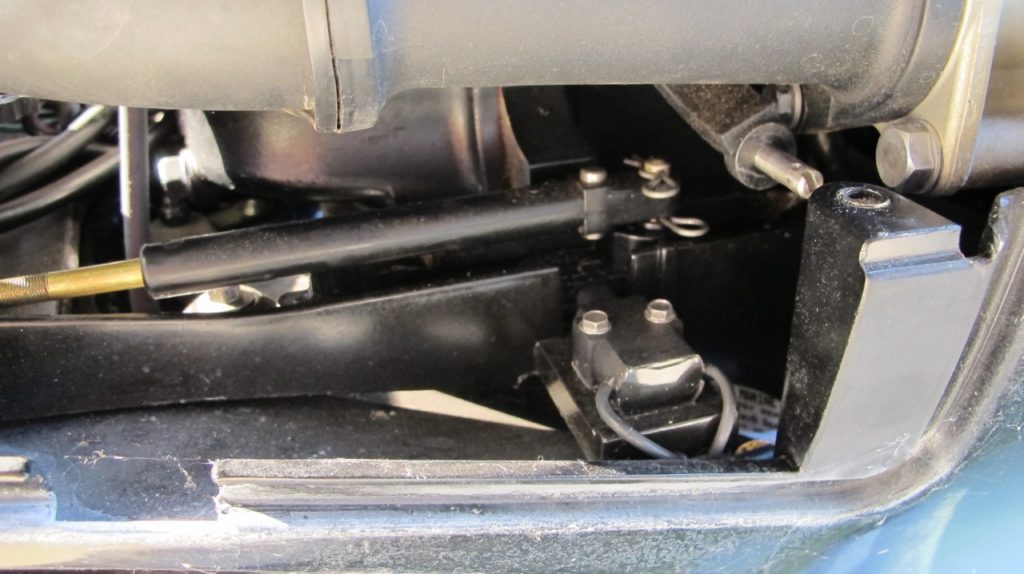 Lift the adjuster barrel up to free the throttle cable: 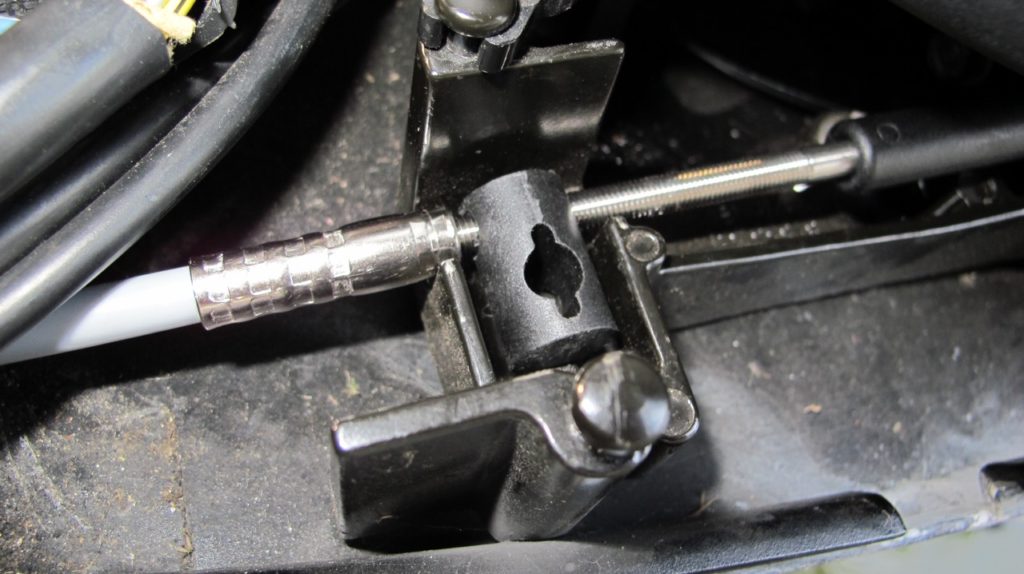 Remove the “R” pin from the shift cable and pull  the adjuster barrel up to free the cable:

Here is a view of the cables in the remote control: 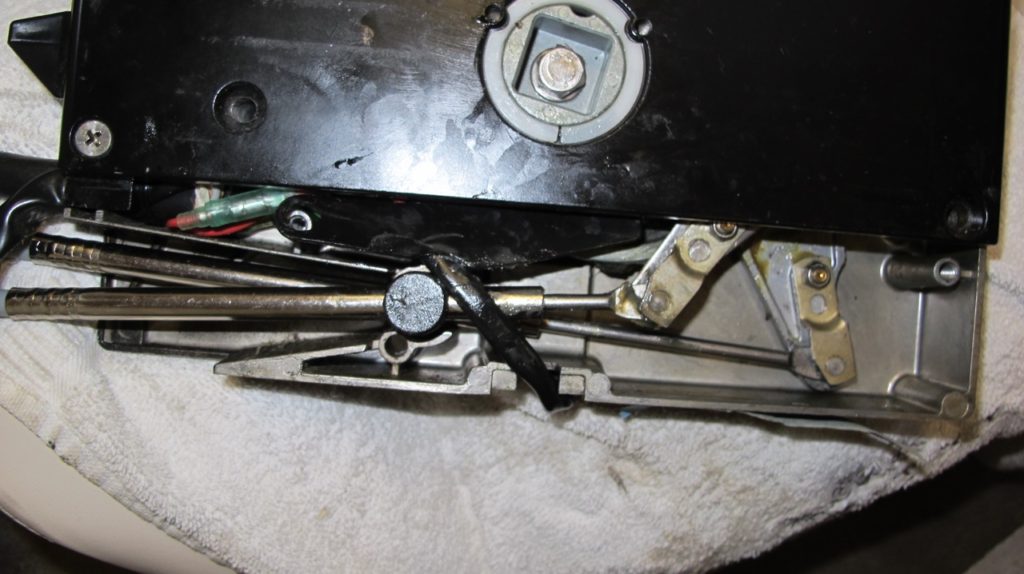 This picture shows the electrical cable on top.  During re-assembly, I put it below the throttle cable and above the shift cable to give it more space.

You should be good to go at this point.  Let me know if I forgot anything.