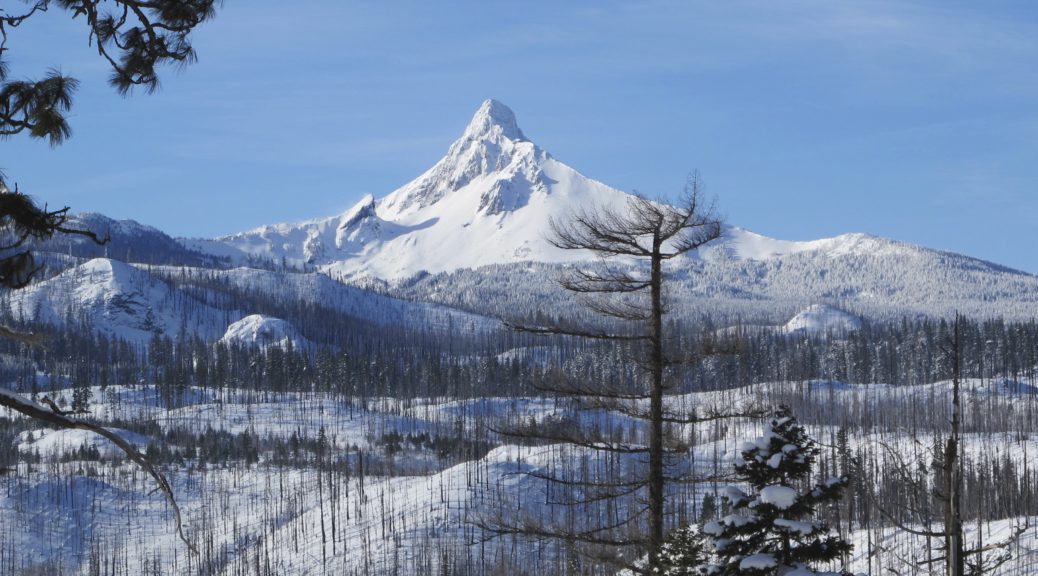 We camped at Big Lake the day before and started hiking at about 5:30AM on the Pacific Crest Trail.  It’s about a 4 mile hike to the base of the mountain.  The climber’s trail is marked by a cairn and branches left off the PCT.  There’s no water between Big Lake and the top of the mountain.  Cold Water Spring is about 1/4 mile past the climber’s trail on the PCT, but we didn’t see if it had water.

We climbed the West Ridge, which is on the right in the picture below.  It’s rated as a 5.8 in the Oregon High climbing guide.  The climb is 7 pitches and about 700 feet vertical. Two of the pitches used just about all of our 60m rope.  Jim brought two-way radios which really helped with the communication. 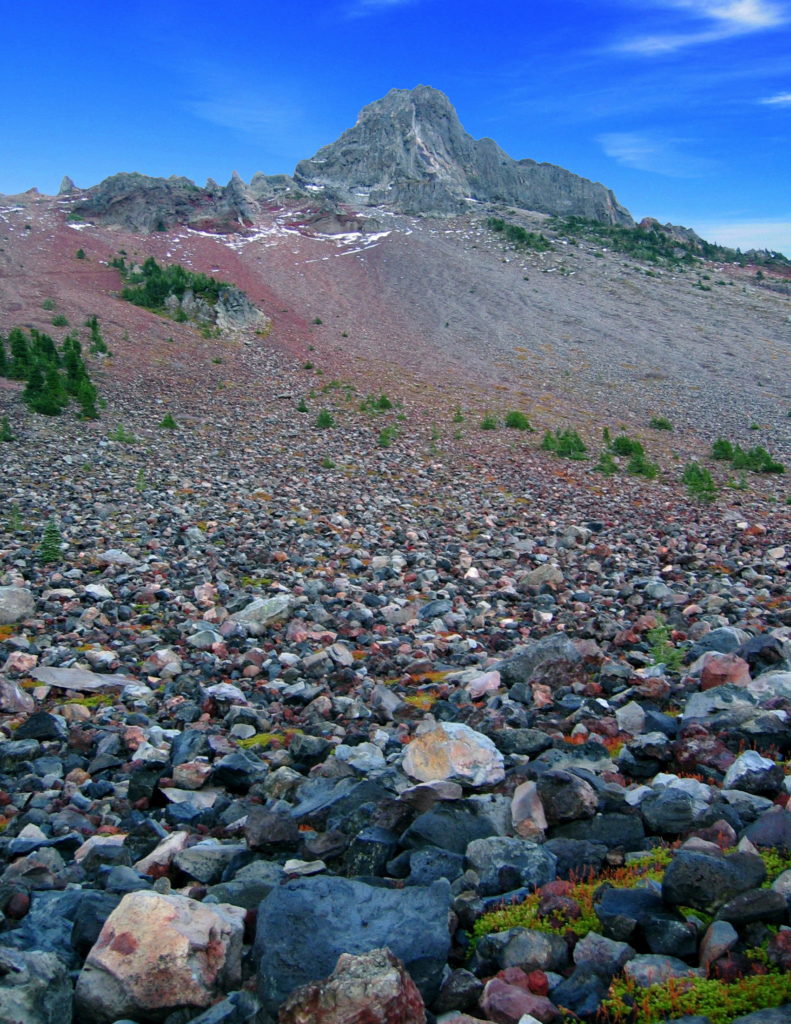 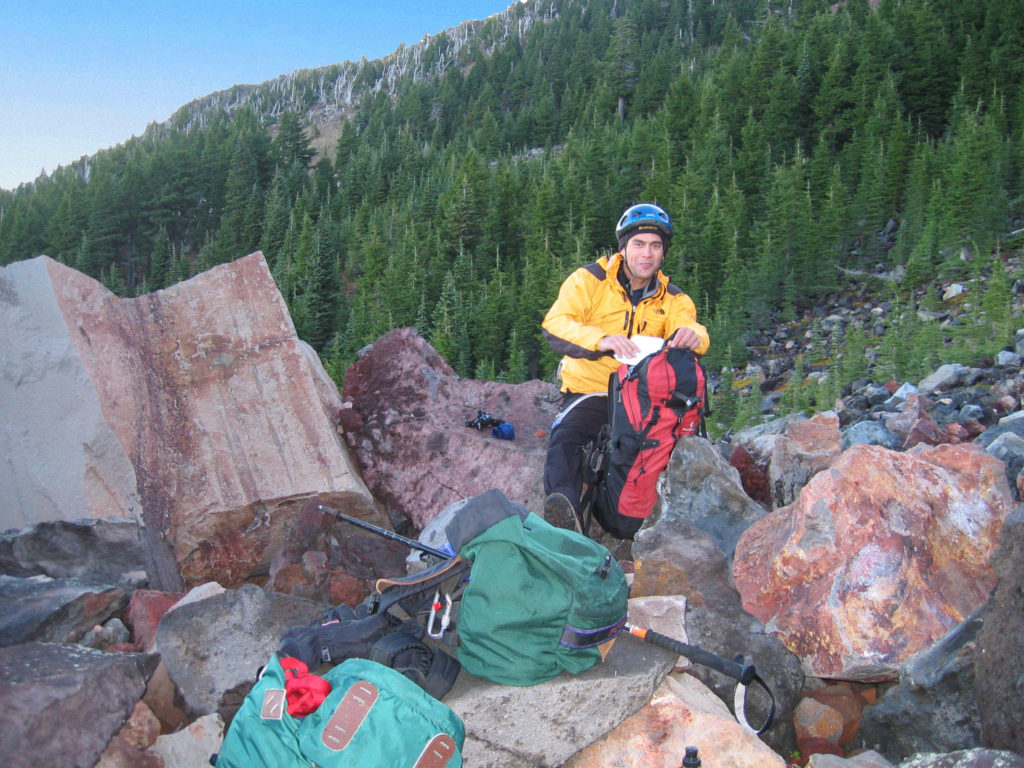 Here we are at the base of the mountain changing to small packs for the climb.  It’s about 7:45AM. 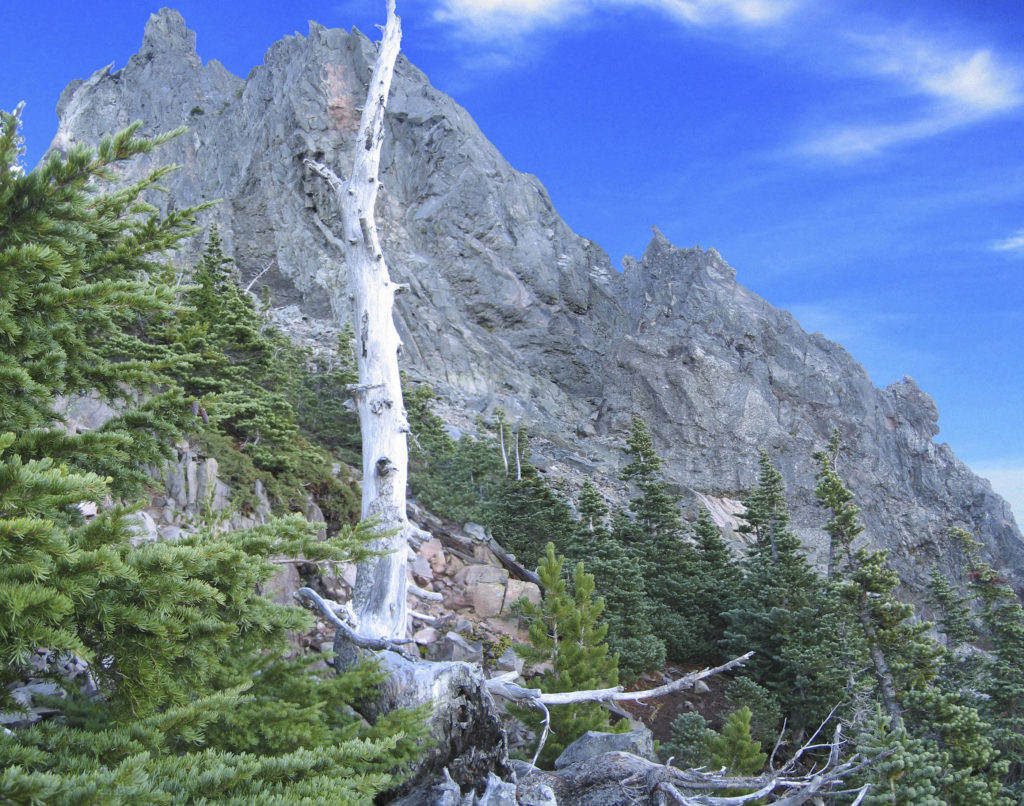 This is a better view of the West Ridge as we are getting close to the top of the tree line.  (You’re looking at the trail!) 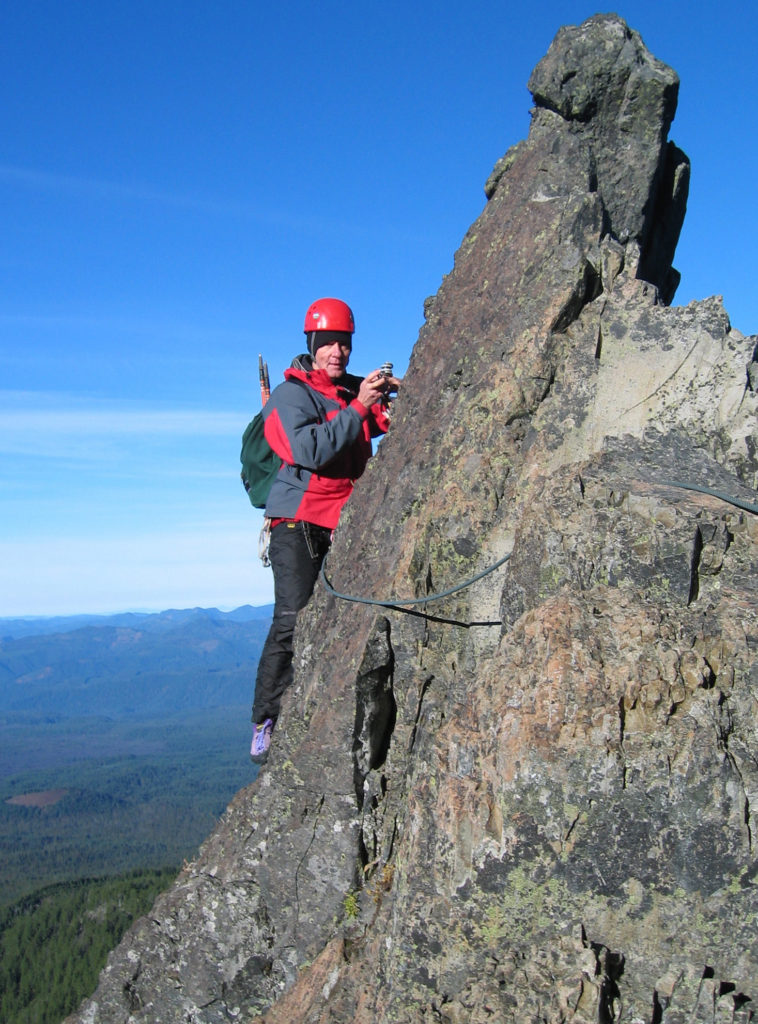 9:40AM — Removing a peice of gear as I’m coming onto the sunny side of the ridge.  All summer long it’s bad news to climb in direct sunlight, but it sure feels good in October when the shady side is in the low 40’s. This is my first time climbing with a coat and several layers of clothing to keep the cold out. 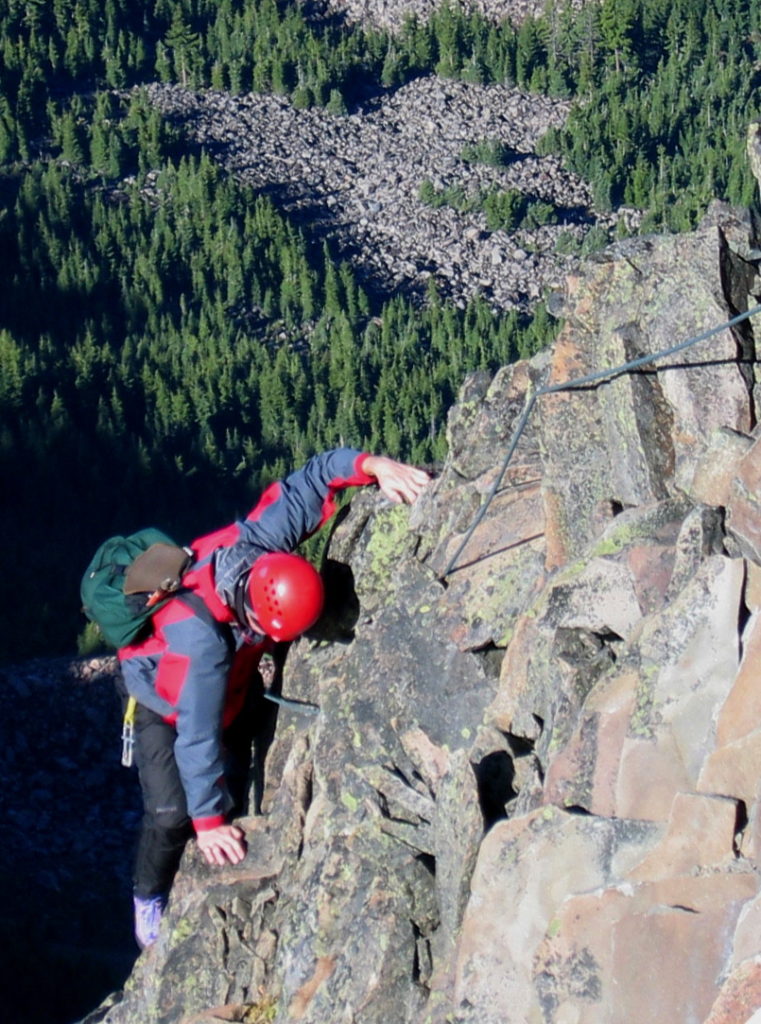 Most of the climb is just great fun and the rock is quite stable. 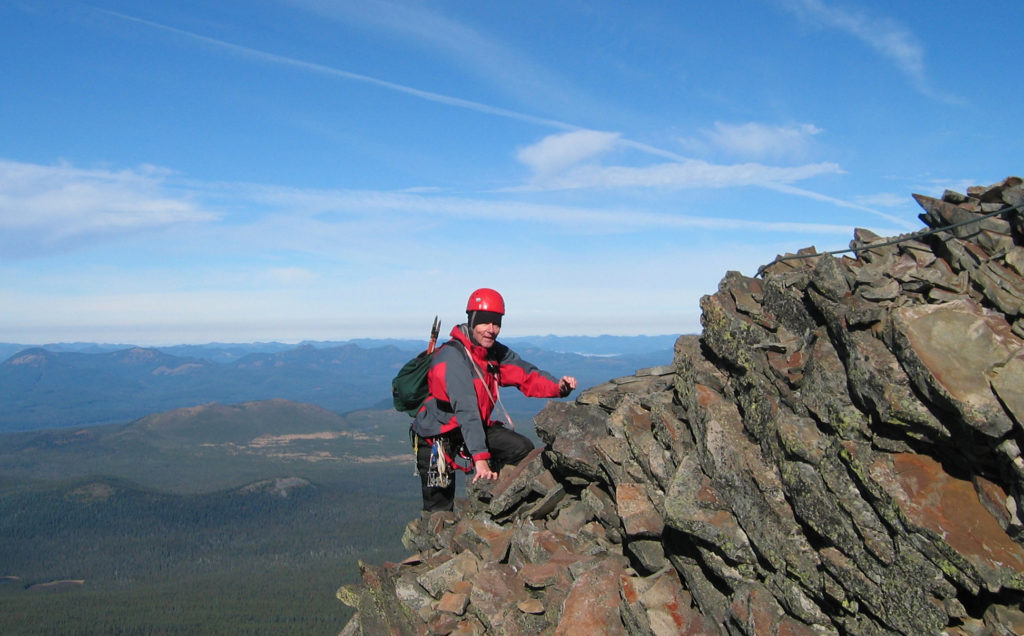 This is called the “Dinner Plate” section.  It’s about as stable as it looks! 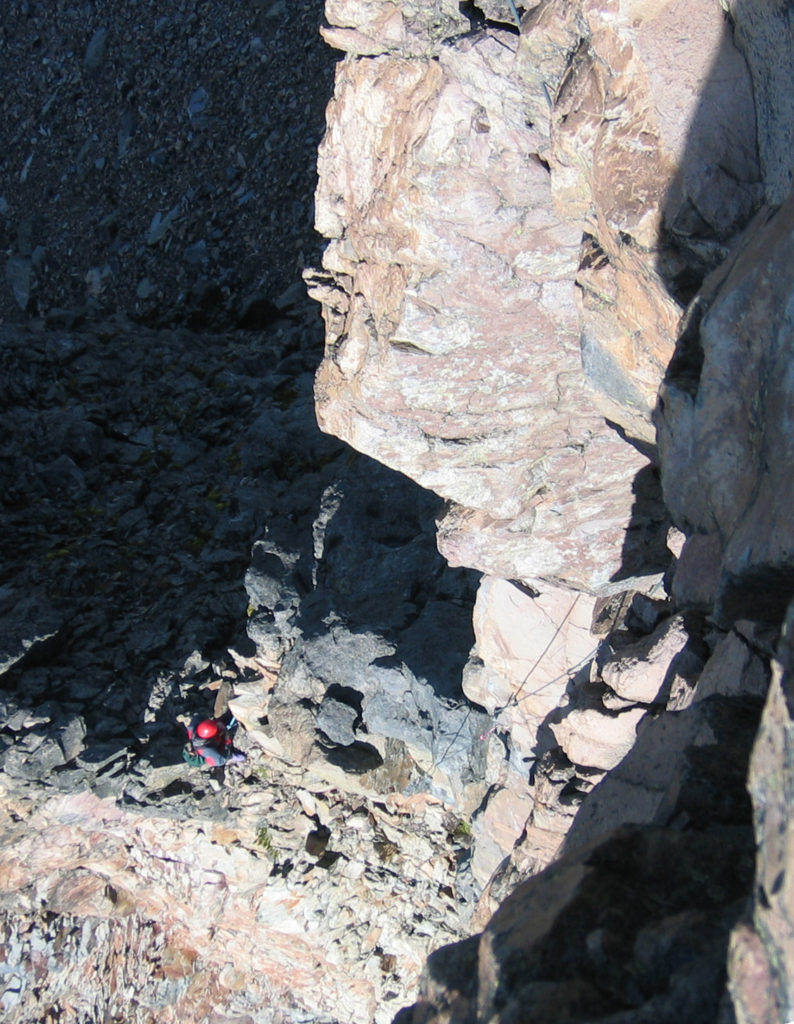 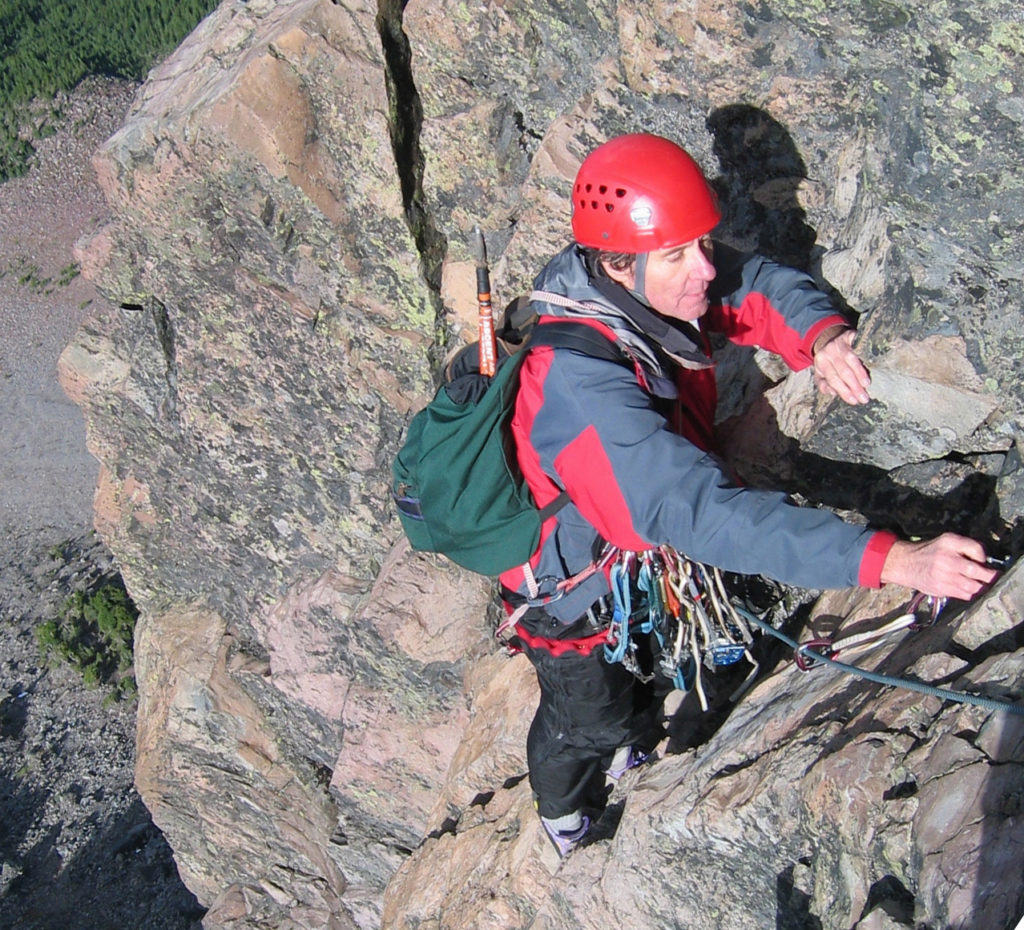 Removing a piece of gear at the top of the chimney. 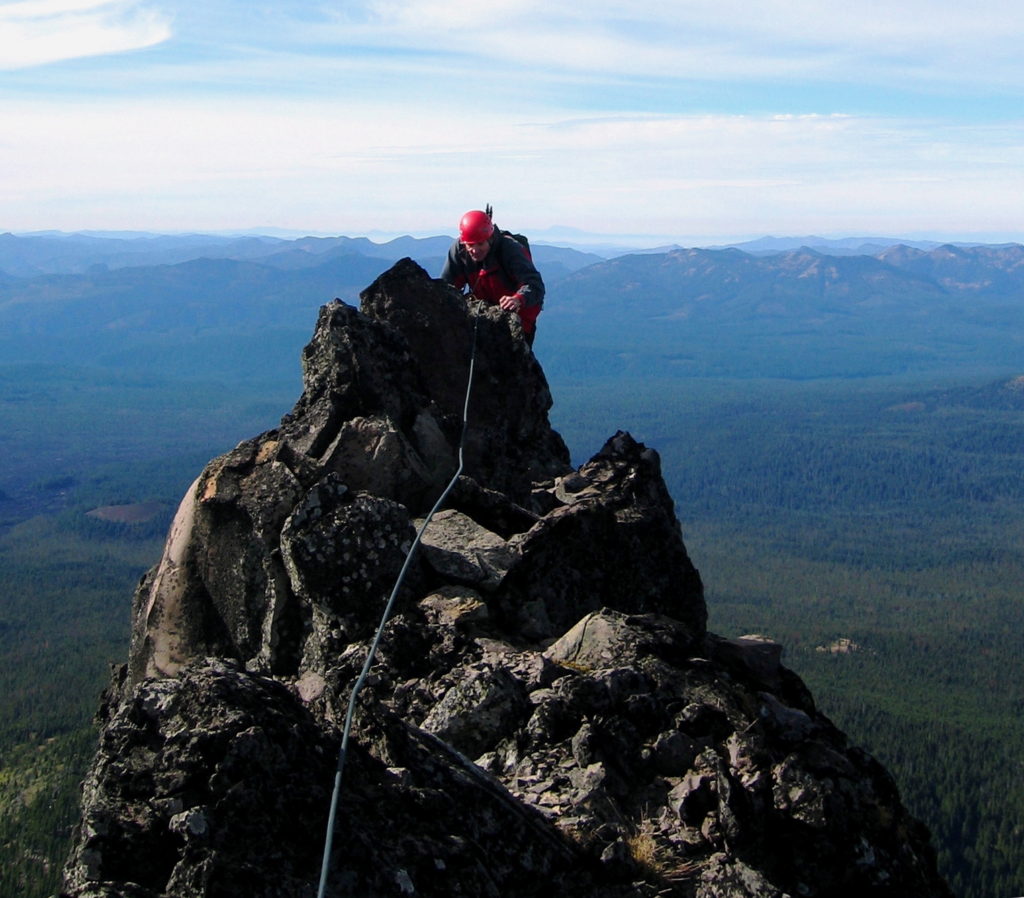 This looks like the top of the mountain, but there’s one short pitch to go… 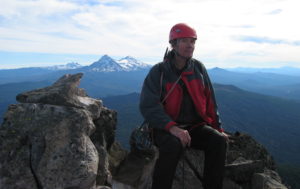 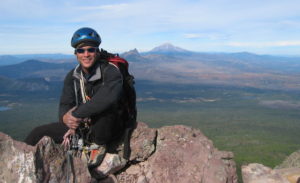 Gerd and Jim at the top!  It’s 2:00PM and time for lunch.  There was even a register for signing in.  The guide book says it should take 7-8 hours from Big Lake to the top of the mountain.  But, I got to have 8 1/2 hours of fun climbing Mt. Washington! 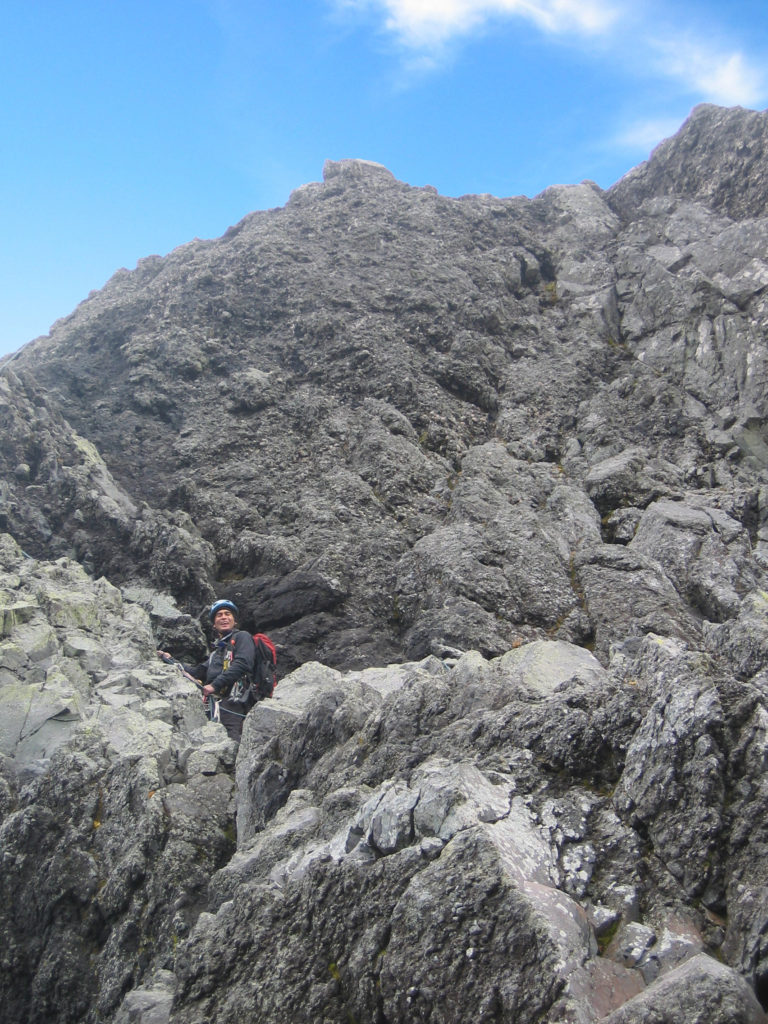 We climbed down the North Ridge.  It’s a rated only 5.4 – 5.5 in the book, but down climbing is much harder than going up!  Here’s Jim at the end of a rappel. 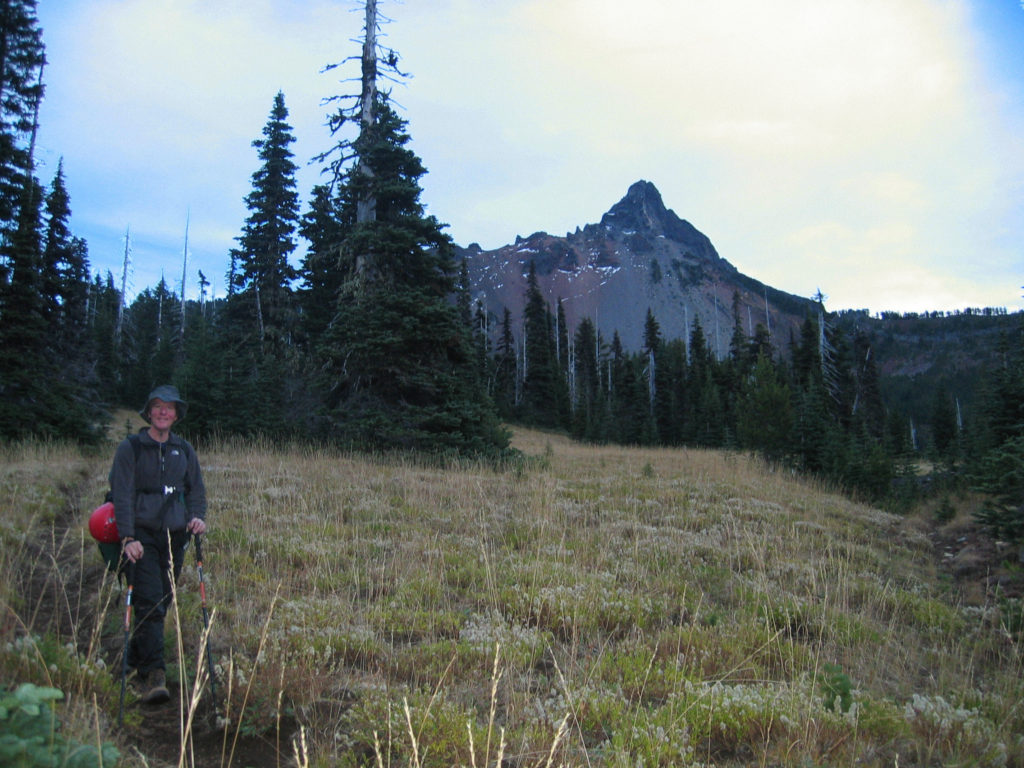 Hiking back to the PCT after a great climb.  It’s 6:00PM and there’s still 4 miles back to Big Lake. 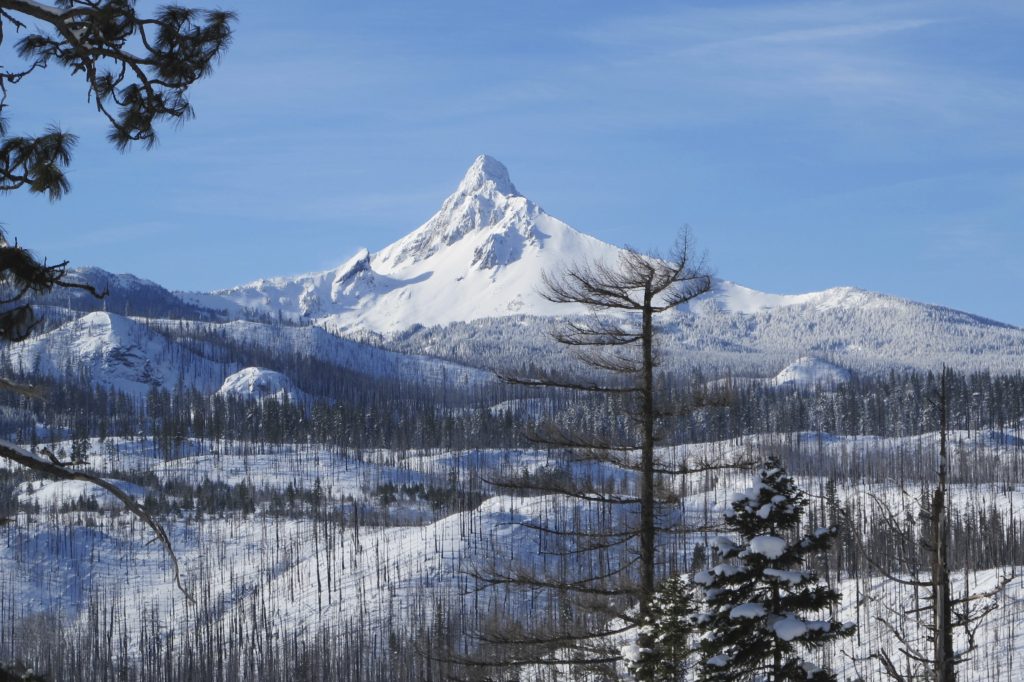 Here’s a picture of Mt. Washington in the Winter taken from the viewpoint on Santiam Pass (click for larger image).